Real to Reel
documentary films on the theme of courage

Over 10 memorable weeks in 1964 known as Freedom Summer, 700 courageous student volunteers from around the country joined organizers and local African-Americans in a historic effort to shatter the foundation of white supremacy in Mississippi.  In 1964, less than 7 percent of Mississippi’s African-Americans were registered to vote, compared to 50 to 70 percent in other southern states.  When faced with possible loss of jobs and violence, many were dissuaded from registering to vote.
Posted by Hera at 11:13 AM No comments:

My name is Rhonda LaPorte and I am the newest intern at Hera Gallery.  I was born and raised in Rhode Island and currently reside in the beautiful town of Hopkinton.  I graduated from the University of Rhode Island with a Bachelor of Arts in Communications in 1999, and worked in non-profit television and other non-profit organizations for a number of years.   My passion for photography began after receiving my first camera at the age of twelve.  After taking that first role of film, I was hooked and rarely went anywhere without my camera.  It is this passion for the medium that led me to return to the University of Rhode Island in 2011 to pursue my Bachelor of Fine Arts. 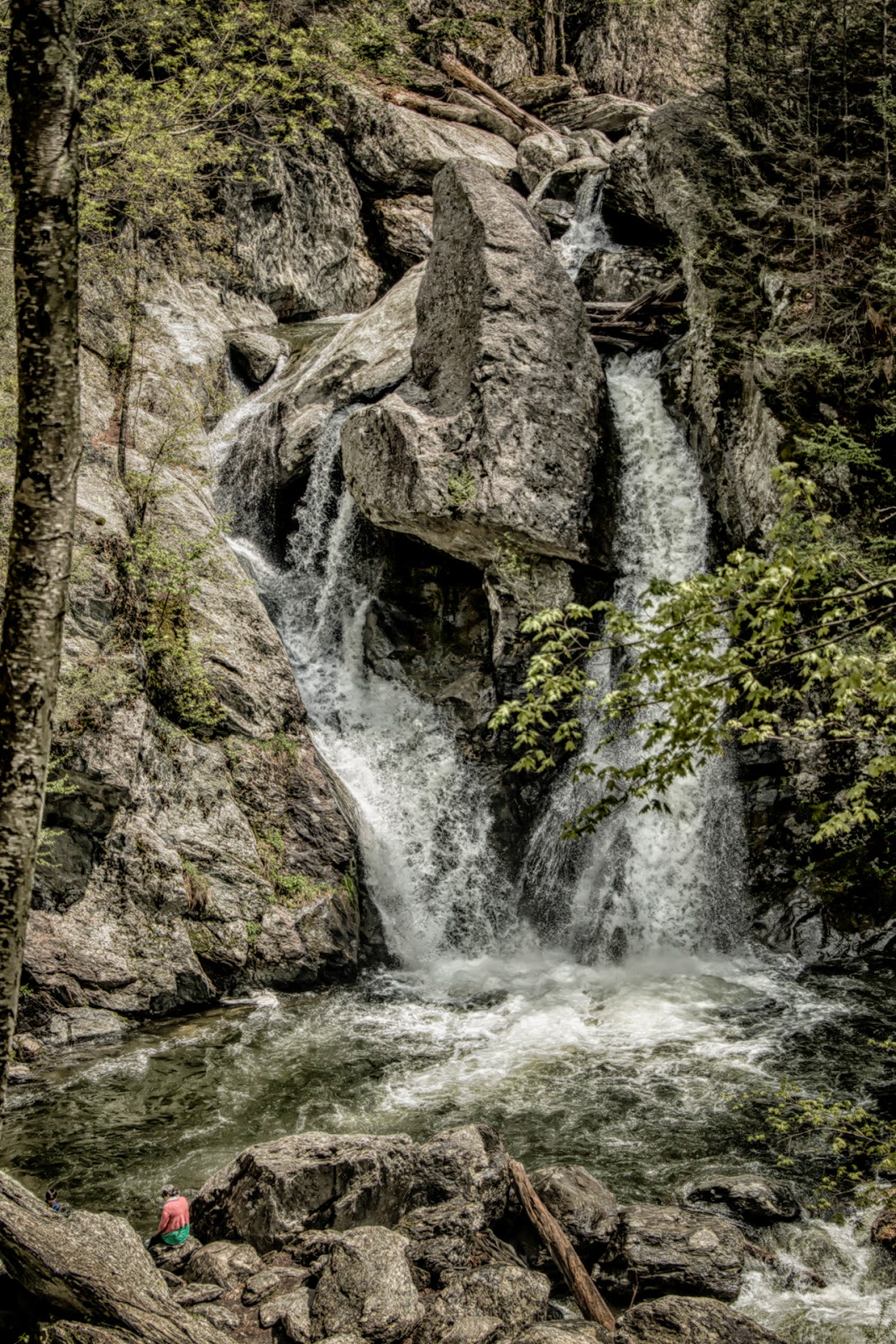 Inspiration for my photographs come from the awe inspiring beauty of the natural world.  I am committed to capturing images that can provide the viewer an opportunity to witness a moment they did not experience themselves.  My work in this medium has me photographing throughout New England and other locations throughout United States.   After my graduation from the University in 2015, I plan to pursue my love for photography and documenting the beauty of our world as well as finding work in a gallery or museum setting.  I feel that this type of work will only help to fuel my passion as I receive unlimited inspiration from others artistic expressions. 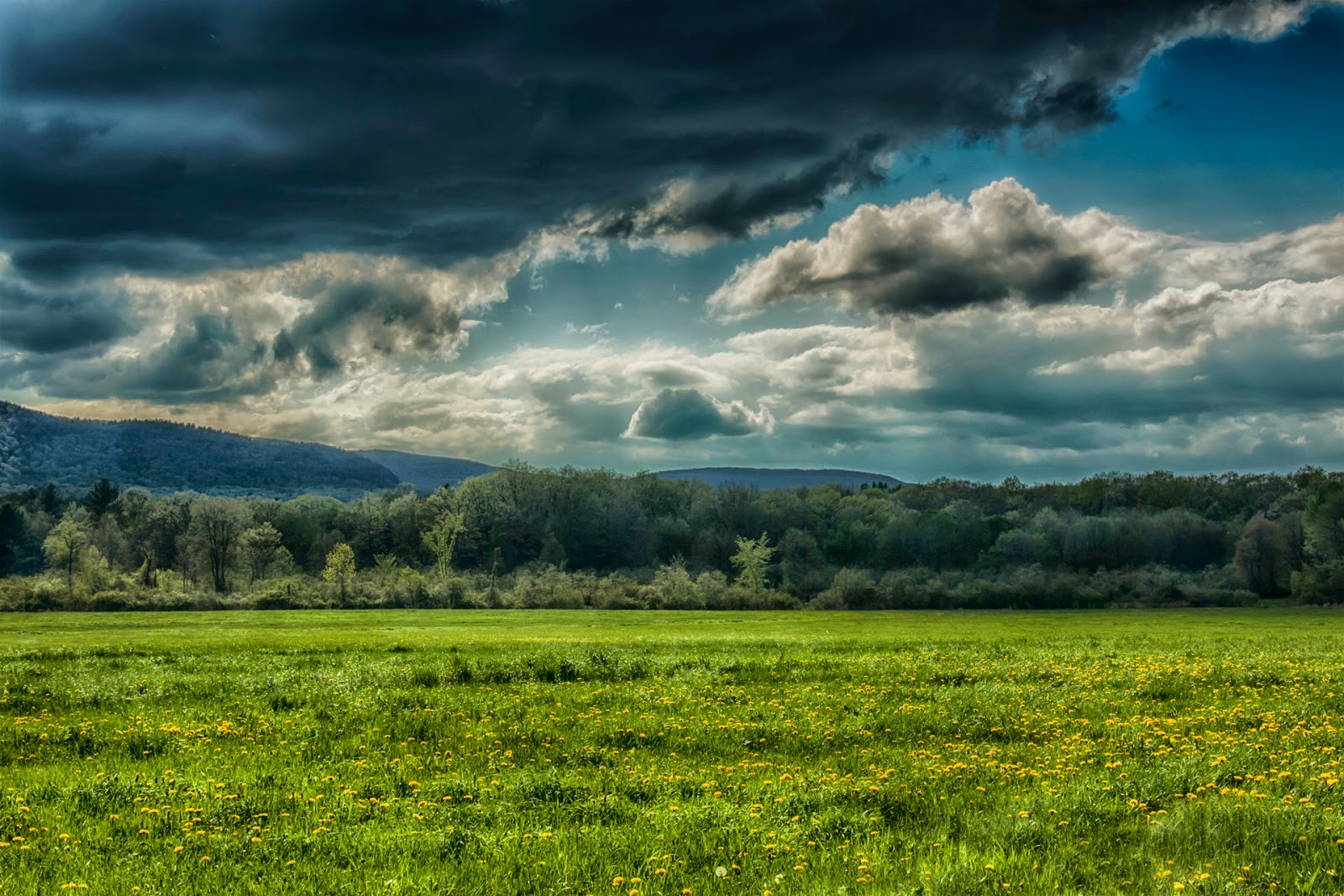 I’m excited about spending my semester with Hera and planning a student show for January 2015.  I know that the time I spend here will teach me some of the valuable lessons I will need to be successful in the future.  I have included some of my work to give you an idea of what inspires me!  Hope to see you all at Hera very soon!

Paintings by Pop Icon will be on display in The World's Smallest Art Gallery through November 1, 2014. 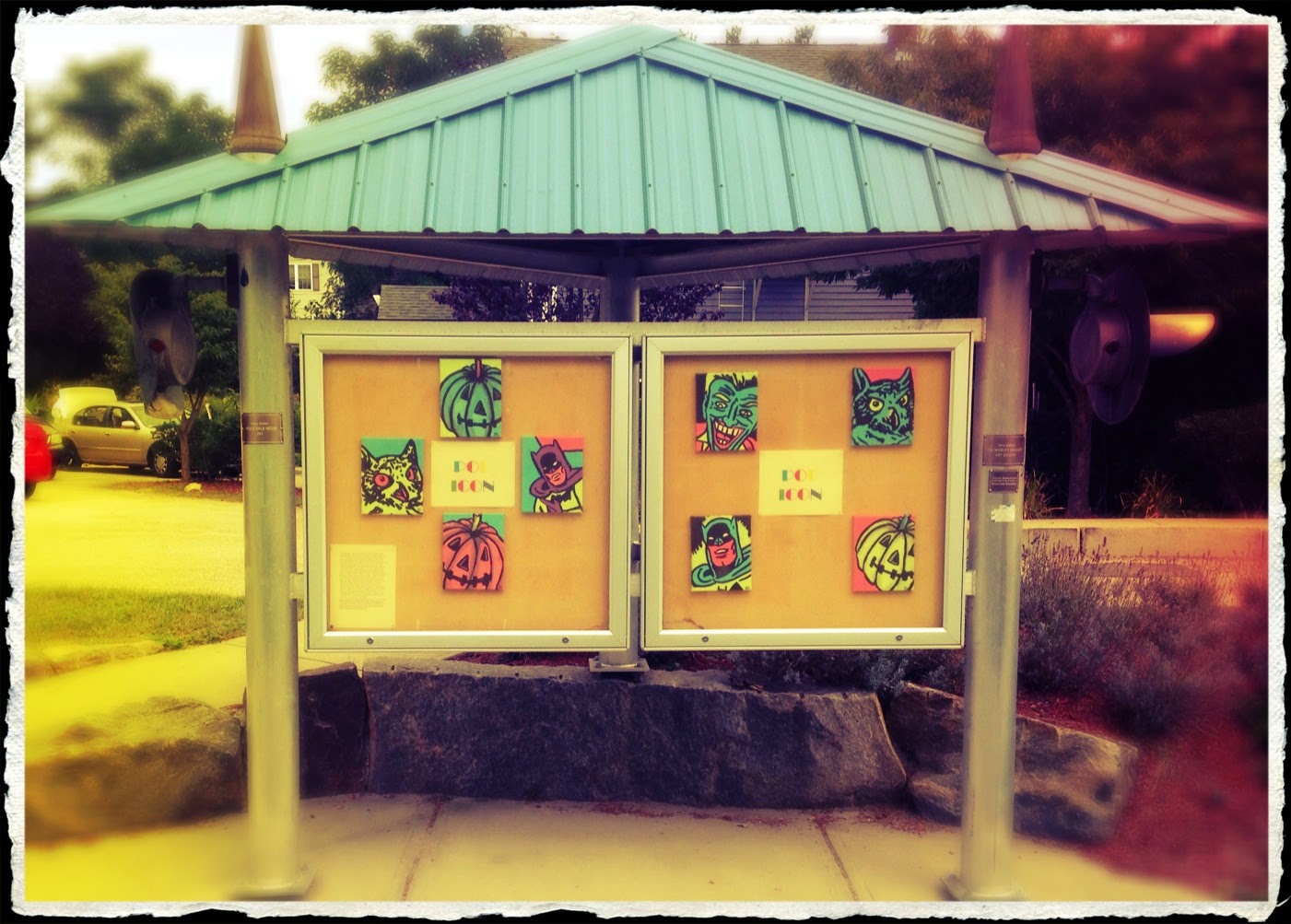 Pop Icon has worked in the arts for over 20 years. After attending The Art Institute of Boston at Lesley College and classes at Rhode Island School of Design, he devoted his time to running an art group known as Pop Icon & The Cocktail Club and dedicated a lot of his time in the fight for free speech and equality. Pop's primary focus is on post modern art that draws from the banal and kitschy elements of Pop Art with a major emphasis on color and fun. Pop most recently has garnered international notoriety for his series of 8x9 paintings called Art pour le douloureusement ignorant; which consist of robots, skulls, voodoo symbols & musical instruments. Pop has shown in solo & group shows at The Warwick Art Museum, The Providence Art Club, The Main Gallery at The Art Institute of Boston, Gallery Z, Gallery Insane, The Brooklyn Coffee Tea House, Colo Colo Gallery, Bolt Gun Gallery, The Douglas Gallery, Gallery X, Fine Art at Chapel View & New Hope gallery. Pop now is having pop up gallery shows in New England called The House Of Icon and is working on his own night once a month showcasing local artists, chefs & musicians. You can go to his shop: https://www.etsy.com/people/therealpopicon You may also find him here: https://www.facebook.com/therealpopicon Download The House of Icon radio show & podcast here: https://soundcloud.com/therealpopicon To hear his band: http://bearmonarch.bandcamp.com/ 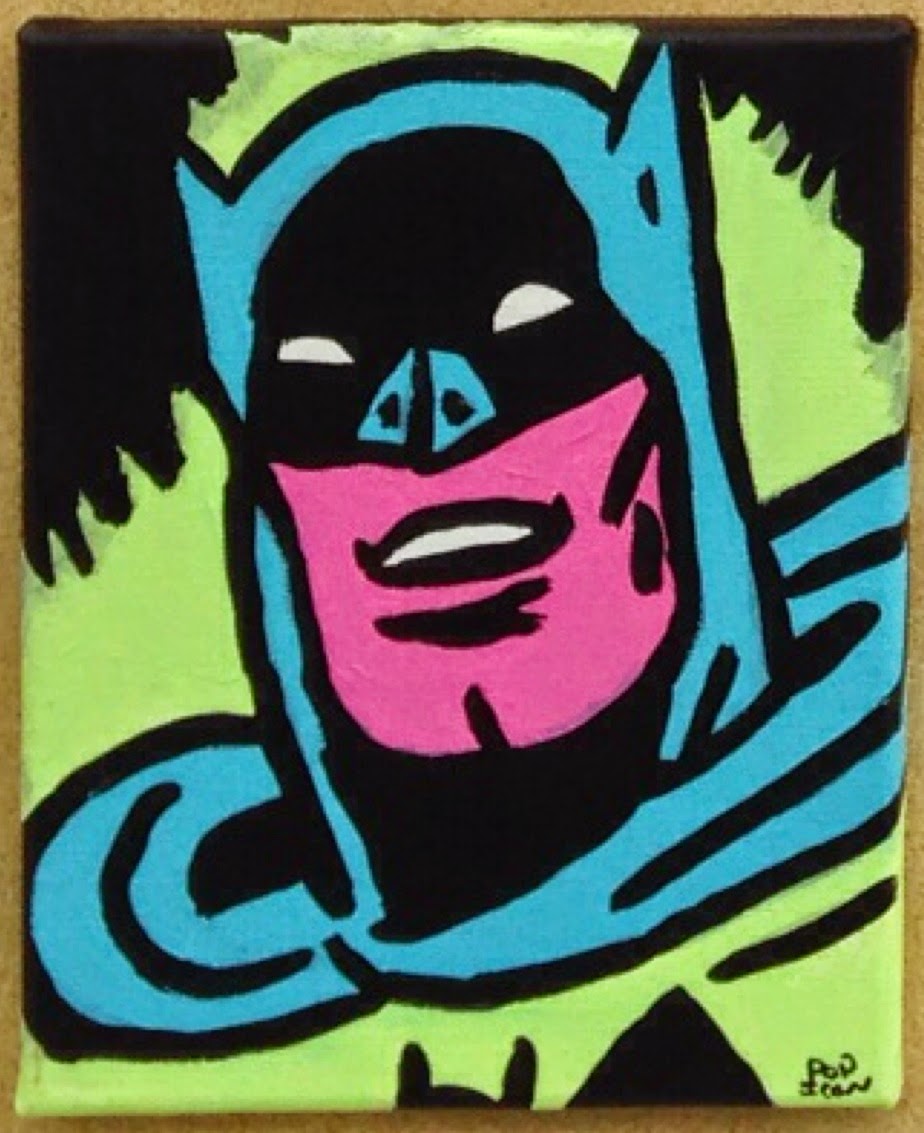 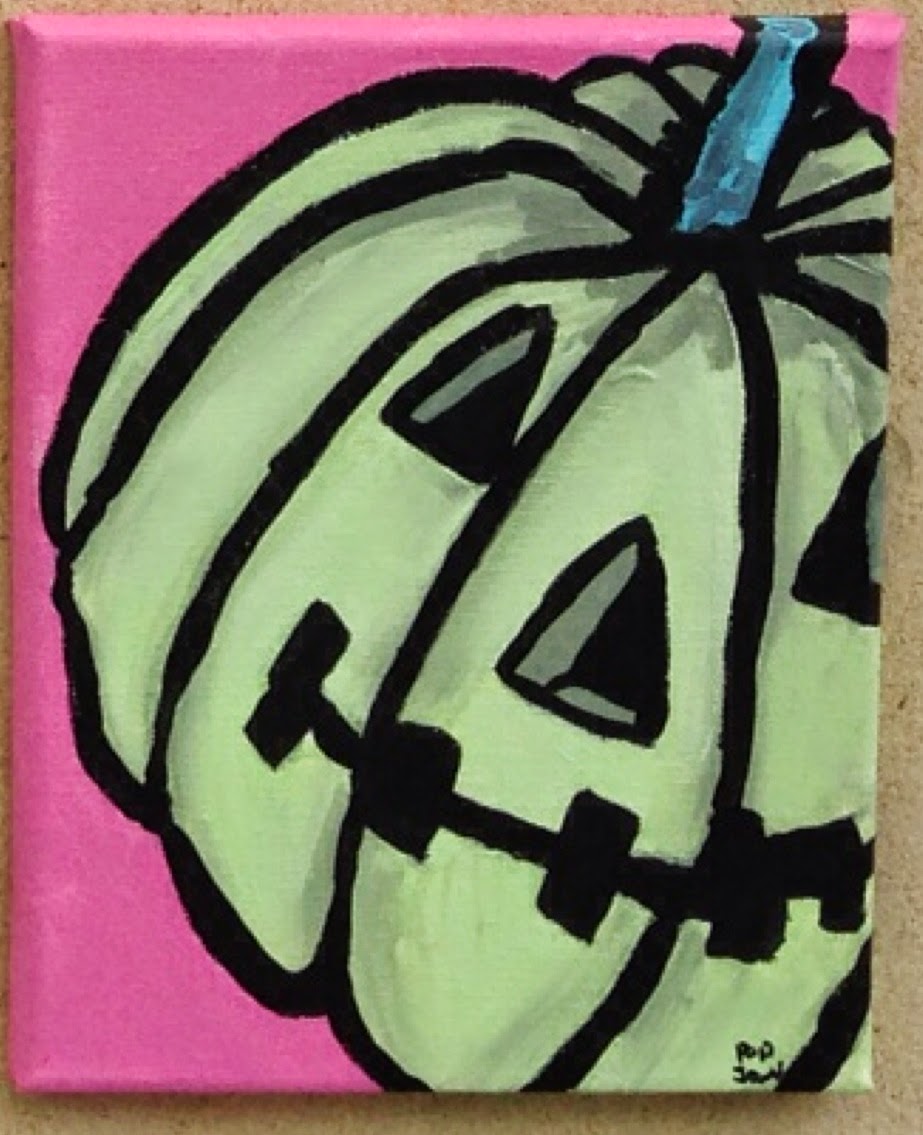 The World’s Smallest Art Gallery is:
• A kiosk on the South County Bike Path (http://southcountybikepath.org/). It is located in Peace Dale where the bike path crosses Route 108. The kiosk is a beautifully designed and built structure that has two display cases. Each measures 42” X 41” x 1”. The cases are weatherproof and have sturdy locks.
• A joint project of Hera Gallery (http://heragallery.org/) and Peace Dale Neighborhood Revitalization, Inc. (http://www.peacedale.net/).
• A place to show your artwork. Hera Gallery will be managing the kiosk as a place for artists to display their work. You may have a six-week, one-person show in the kiosk on a first come, first serve basis. Work is not juried, but must be “family friendly.” Artists are asked to choose work that does not depict nudity, sexuality or violence. Neither Hera Gallery nor PDNRI will insure the work. Artists display work at their own risk.
• A way of having your work seen by a lot of people. The bike path has very heavy traffic, especially during the Spring, Summer and early Fall. Many bikers, runners and walkers pass by every hour. There will not be sales from the Kiosk, but your display can include your contact information. Hera Gallery will publicize The World’s Smallest Gallery on its website, blog, and Constant Contact mailings. A Facebook page will be developed.
• A way to beautify the community. The stretch of the bike path where the kiosk is located contains other artwork including murals, sculpture, mosaics, and landscape architecture. The World’s Smallest Art Gallery will add to the beautification of this area.
John Kotula is the coordinator of this project for Hera Gallery. If you are interested in showing your artwork on the bike path contact John at johnkotulapchn@yahoo.com to get more details and to schedule a show.
Posted by Hera at 8:04 AM No comments: 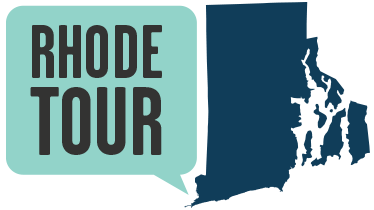 Hera Gallery welcomes
RhodeTour to South County!
Saturday, September 13th
6-7:30pm
Rhode Tour is a statewide mobile historical smartphone application
that tells stories by and about Rhode Islanders. In a short
presentation, we will introduce Rhode Tour and its features.
Sandra Enos will discuss Orphanages, Asylums and Almshouses
based on research on the history of Rhode Island’s places for its poor,
vulnerable, delinquent, hearing impaired and disabled citizens.
Visit rhodetour.org to take a thematic tour on your computer, or
download the mobile app from the App Store or Google Play for a
new kind of Rhode Island guidebook.