Sex and the City star, Kim Cattrall, is preparing to help save a priceless piece of classic Renaissance art. The artwork at stake is Titian's work, Diana and Callisto. Cattrall, 53, who was born in Liverpool, is an admirer of the Venetian Renaissance painter’s work. She described seeing Diana and Actaeon as “being in the presence of a genius”.

In order to keep the painting form selling to a private European buyer, the actor has committed to posing nude for a recreation of a privately owned masterpiece, in order to raise money to enable the British government to buy the work.

Cattrall will pose nude for a recreation of Diana and Callisto, which shows the moment when the Roman goddess learns her maid has become pregnant by Jupiter. Last year she posed topless for a re-creation of its sister painting, Diana and Actaeon, which was bought for the National Galleries of Scotland and London after a public fundraising drive. This current rescue mission is viewed as an especially important venture, as it would keep the two Titian paintings, which were meant to hang together, from being separated. 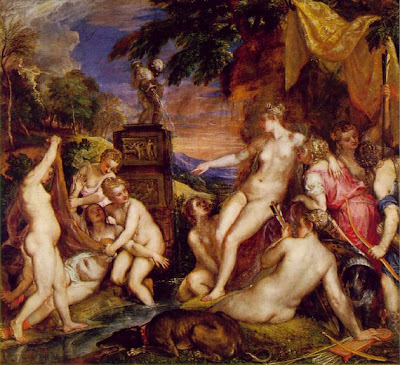 Please support South Kingstown's brand new winter farmers' market. See below for details. The SKFM organization wants artist to also participate. Weekly fees are $25. for an 8' table. This is a great opportunity for artists to show and sell their work. Contact Steve or Pet Gardiner at 789-1388 for an application.1283 South Rd., Wakefield, RI, 02879 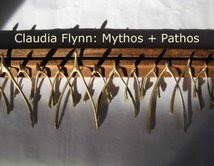 Posted by Hera Gallery at 3:19 PM No comments: