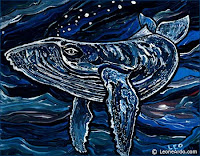 The Visual Arts Program of Sea Grant Rhode Island was established in 1988 to encourage New England professional visual artists to address the issue of the environment of the ocean and its coastal communities. Grants are intended to assist individual and collaborating artists whose works are related to themes of the marine environment. Curatorial proposals will be considered. The grants, up to $3,000, are awarded annually.
Applicants must submit:
APPLICATION DEADLINE IS MAY 28th, 2010
Previous recipients of Sea Grant awards are not eligible for five 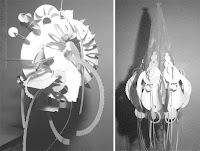 years. Individuals enrolled as undergraduate or graduate students are not eligible. Proposals will be review by a panel of RI professionals in the visual arts. Awards winners will be notified by September, 2010. A written report of the results of creative activities supported by Sea Grant, including appropriate documentation, is required at the conclusion of the project.
Visual Arts/Sea Grant
Department of Art & Art History
Fine Arts Center
University of Rhode Island
105 Upper College Road
Kingston, RI 02881-0820
http://www.uri.edu/artsci/art/grant.php
Click for Gallery of Previous Award Recipients
Posted by Hera Gallery at 10:11 AM No comments:

Young Artists and Their Mentors, Part 2 of 3 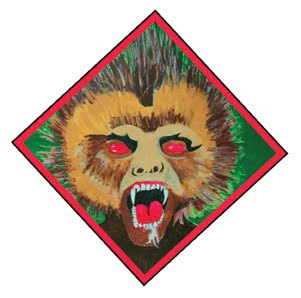 Hera Gallery is please to present Young Artists and Their Mentors, Part 2, an exhibition highlighting the role of mentoring in the development of young artists. Young Artists and Their Mentors, Part 2 will be on display at the Meeting Room Gallery, at Bagelz of Wakefield. This show, which is the second installation of three parts, features the work of John Kotula, Christian Pidru, Graham Wheeler, Zoey Stites, A. E. McGuire, Mike Collington, Barbara Pagh, Mary Kudlak, Allen Hazard, Joshua Carter, Rebecca Volynsky, Ava Ginsburg, Charlene Carpenzano, and Sarya Wallace.

In arts education there has been a resurgence of the notion that the classroom is not the only place to learn creative skills. More and more there is now an emphasis on personal connections between students and mentors as a way for the young person to grow and develop. This trend is described as "real world learning", "community based training," and/or "learning through internships." Additionally, many young artists whose training is mainly based in schools rather than in their communities form student-mentor relationships that deeply influence their development as artists.

In looking at young artists and their mentors, the emphasis is typically on what the young person gains from the relationship. However, anyone who has ever served as a mentor will tell you it is both parties that learn and grow from the experience. Young Artists and Their Mentors celebrates the dynamic relationship that develops between a student and a teacher.
Posted by Hera Gallery at 8:35 AM No comments: 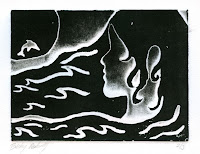 Hello friends of Hera Gallery!
My name is Becky Peabody, and I'm a 22 year old art student from the University of Rhode Island. I'm going to be Hera's Intern for the Spring of 2010 and I just wanted to introduce myself to all of you. I'll be working in the office as well as making appearances at openings in the coming months.
I am Wakefield born and raised and have had my own artwork shown in several shows at Hera Gallery while I was in High School at South Kingstown High. Now attending URI my printmaking professor, Barabara Pagh, is a long time member of Hera Gallery. I'm very excited to now be a part of the Gallery that has helped me get a leg up in the art world.
I will be graduating with a Bachelor of Arts in Studio art in May and have several pending applications for Graduate Masters programs in Art Education. Soon enough I will be fulfilling my dream of teaching art to high school students and inspiring creativity in the minds of those who need it most.
If you're interested, or bored, and would like to take a peek at my own artwork, it can be viewed here: Rebecca Peabody

I'll also be one of fifty artists participating in Hera Gallery's Paint by Numbers
Spring Fundraiser, modifying a lovely paint by number that I've chosen. Come check it out April 17th. More details on this event will be coming to you shortly.
Until then, I hope to see you all on March 5th at Bagelz in Wakefield for the opening of Young Artists & Their Mentors II (from 6-8pm)!
Posted by Hera Gallery at 11:20 AM No comments:

GOVERNOR PLANS TO CUT ALL FUNDING FOR THE ARTS...

Most Rhode Islanders are aware that our state's budget situation is grave, and that deficits are projected for the current and upcoming fiscal years. Because state agency budgets might not be known prior to the beginning of fiscal year 2011, the State Arts Council has elected to move forward with the grant programs that are of greatest value to arts organizations, individual artists and schools, preserving the integrity of the grant application and review process, as well as existing funding programs.

The Governor has recommended eliminating state funding for grants in the arts in the coming year. While federal funds are available for grants, if this recommendation is approved by the General Assembly our ability to fund projects or organizations will be seriously impacted, with current programs experiencing 60% reductions or more in available resources. It is important that all applicants or potential applicants be aware of this potential cut in public support for the arts.

While we will do our best to keep the arts community informed of our budget situation, the latest news and action alerts will be available from Rhode Island Citizens for the Arts, our statewide arts advocacy agency. Click here to sign up for their email alerts.
Posted by Hera Gallery at 10:42 AM No comments:

Young Artists and their Mentors Article

We are very pleased to have John Kotulas show, Young Artists and their Mentors, reviewed by Doug Norris in this weeks South County Independent. This exhibition is currently on display through the end of the month at Bagelz of Wakefield, located at 90 Pershing Ave.
You can read the article below of visit the Independent website for more information and images.
The art of mentoring on display in Hera exhibition
By Doug Norris/Features Editor
WAKEFIELD - On a recent Thursday afternoon in the 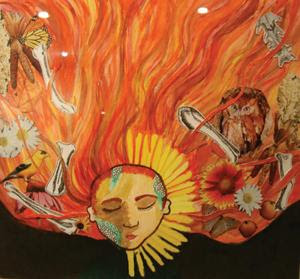 Islay Taylor to show at Craftland

Hera Gallery Director, Islay Taylor, will be showing 11 new pieces at the upcoming exhibition Material Desires at the Craftland Gallery. Islay will be showing brightly colored neckpieces, made of beads, thread, and a reflective industrial material called Retroglo. These works examine the use color, composition, and reflectivity in adornment.

At the tail-end of winter, we all get a little stir crazy, waiting for the colors of spring to pop againFeaturing bright work for a dull season, this show will include Jenine Bressner, Lynne Harlow, Peter Lutz, Jennifer Maestre, Barbara Owen, and Islay Taylor. The Craftland Gallery will be filled with primary colors and patterns to thaw the mental freeze of winter. Colored pencils, fabric, glass, jewelry and paint will fill the gallery with eye-popping warmth and wonder. 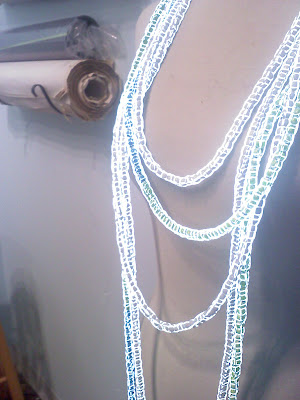 image at top: show card for Material Desires. Below: Luminous Necklaces, in progress.
Posted by Hera Gallery at 12:08 PM No comments: